A serious legacy (aka negative externalities) for future generations to clean up.

CHINDIA ALERT: You'll be living in their world, very soon

China and other emerging economies have overtaken Western nations in dumping old electronic goods, from TVs to cellphones, and will lead a projected 33 percent surge in the amount of waste from 2012 to 2017, a U.N.-backed alliance said on Sunday. 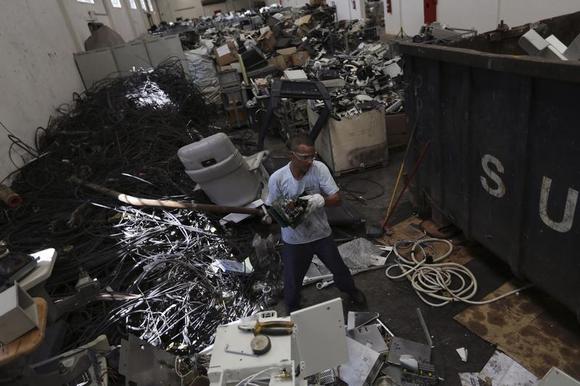 The report, the first to map electronic waste by country to promote recycling and safer disposal of often toxic parts, shows how the economic rise of developing nations is transforming the world economy even in terms of pollution.